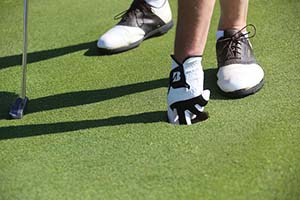 Currently touted as the ‘New Approach’ created by Bryson DeChambeau and Mike Schy, his coach, is simply not true!

For years our family owned I.R.G.O. golf stores in the Fraser Valley of British Columbia, Canada and North Western Washington, U.S.A. and were one of the biggest custom fitting and repair stations in this international region.

Our very creative and capable fitting, assembly and repair staff, along with the teaching staff, entertained the idea of ‘Single Length Irons’ in the mid 80’s. Initially, we started making ‘All Wedges The Same Length’. That was both logical and very successful. This made a little heavier ‘Swing Weights’ but we adjusted that with ‘Shaving or Machining The Hozels’ to reduce their ‘Dead Weight’. (Mass)

As a small performance compensation, we decreased the ‘Long Iron (2/3/4) Factory Loft’ by 2 Degrees each under ‘Standard’. (Decreased ‘Loft’) Similarly, we increased the ‘Short Iron 8/9/PW) Factory Loft’ by 2 Degrees each over ‘Standard’. (increased ‘Loft’) Thus, these short irons were 42/46/50 respectively. A little more ‘Trajectory’ slightly decreased the ‘Distance or Strike Length’. Landing softly and holding was easy and predictable.

It was our goal to still create predictable and controlled ‘Distance Splits’. We accomplished that performance perfectly! The same ‘Clubhead Speed’ gave us consistent progressive distances with highly consistent ‘Set-Up Parameters’ ... one feel through the ‘Iron Bag’.

Not much new in the golf equipment design aspect! Historically big moves are ‘Perimeter Weighted Cavity Back Irons’, ‘Composite Shafts’ and higher performing ‘Golf Balls’. The Game would be better off with ‘Cooler Balls’!

The 555 Golf Academy provides world-class training proven to provide immediate, dramatic, and lasting results. Join the Locker Room and get access to over 1200 professional golfing articles and videos - only $8.33 per month.